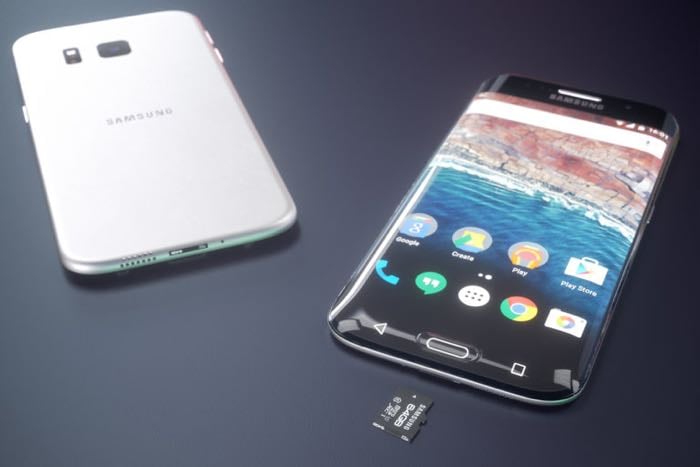 Samsung are expected to announce three handsets in their Galaxy S7 range, this will include the Samsung Galaxy S7, the S7 Edge and the S7 Edge Plus.

Now the guys over at Curved have come up with an interesting concept on what the Samsung Galaxy S7 Edge may look like.

Both handsets will be powered by either a Snapdragon 820 or Exynos 8990 processor depending on region and will come with 4GB of RAM and a choice of storage options.

The handsets will apparently have a 5 megapixel front facing camera and a 12 megapixel Samsung BRITECELL camera on the back, both devices will come with Android 6.0 Marshmallow.

The Galaxy S7 Edge is rumored to come with a larger 5.6 or 5.7 inch display, it is not clear on the exact resolution of this device, it will either be Quad HD or a 4K Ultra HD display.

Samsung are rumored to be making their new Galaxy S7 range official some time this month, the the handsets rumored to be hitting the stores some time in February, as soon as we get some more details about these new handsets from Samsung, we will let you guys know.