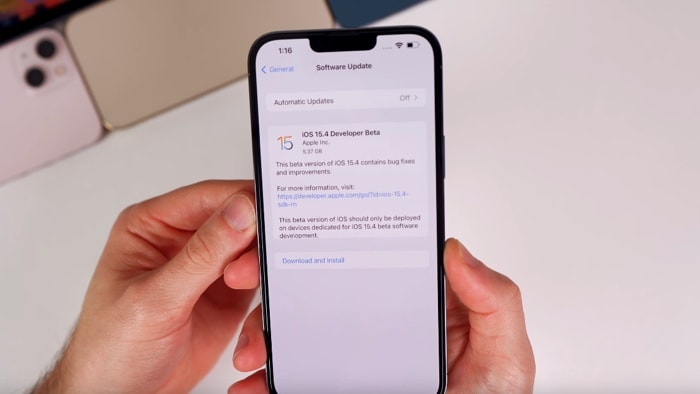 Earlier we heard that Apple had released a new iOS 15.4 Beta 1 to developers, they also released iPadOS 15.4 beta 1 and macOS Monterey 12.3 beta 1.

Now we get to find out what is new in the first beta of Apple’s iOS 15.4, the video below from Brandon Butch gives us a look at this new beta release.

This update comes with a range of new features which include the ability to use Face ID when you are wearing a face mask. According to what we have heard, this feature appears to only work with the iPhone 12 and iPhone 13 in this release. It is not clear if it will be restricted to just these devices when the final version of IOS 15.4 lands.

The new iPadOS 15.4 now comes with support for Apple’s Universal Control that lets you control your Mac and iPad with the same keyboard and mouse. The iOS 15.4 update also features a range of new Emoji and more.,

The new iOS 15.4 beta 1 is now available for developers to test out, it should also be made available to public beta testers soon. As this is the first beta in the series, we can expect a few more before the final version of the software lands.