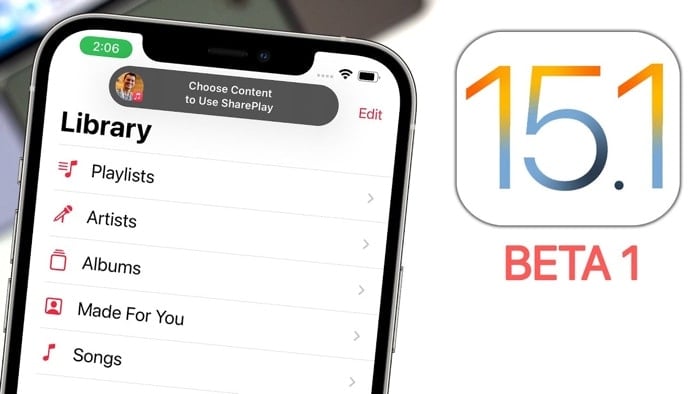 Apple has now released their first beta since the launch of iOS 15, the new beta is iOS 15.1 and it was released just one day after the iOS 15 launch.

Now we have a video from Brandon Butch that gives us a look at what is new in the new beta of Apple’s iOS 15.1 software, lets find out more details.

As we can see from the video Apple’s SharePlay has been added in this update, it was previously removed from the iOS 15 update. This is one of Apple’s major new features for iOS 15 and it will let you watch videos and movies with your friends over FaceTime.

There is also Digital Vaccination Cards in the Wallet app, which can be used in places that require them. This update also comes with a range of bug fixes and performance improvements.

As the new iOS 15.1 beta 1 is the first beta of the software, we will have to wait a little while until the final version is released.

This could possibly land some time in October as we suspect that Apple will want to get their SharePlay feature live as soon as possible. As soon as we get some details on a release date, we will let you know.