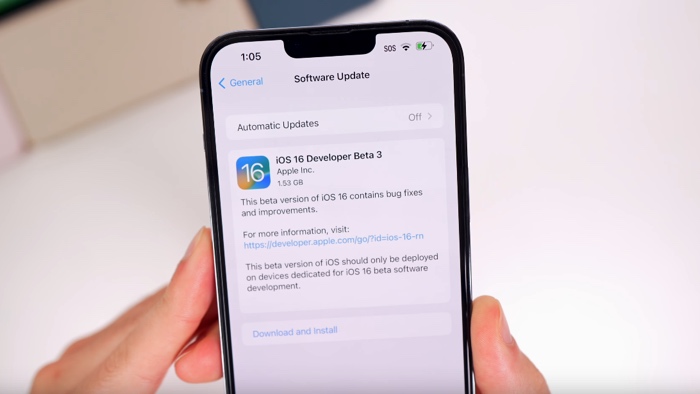 So far Apple has only released its betas of iOS 16, watchOS 9, and macOS Ventura to developers, the first public betas of this software is coming sometime this month.

Yesterday we go to see the new iOS 16 beta 3 in a video and now we gave another one, the latest video is from Brandon Butch and it gives us a look at some of the new features coming to the iPhone with this update.

As we can see from the video there are a number of new features coming to the iPhone and iPad with iOS 16 and iPadOS 16.

This includes a new Lock Screen with a range of new widgets and lots more customization options, there is also the new Lockdown Mode that was announced yesterday.

Apple will also be bringing a range of updates to its existing apps including Mail, Safari, FaceTime,

Apple is expected to release iOS 16 and iPadOS 16 along with the iPhone 14 in September, we are also expecting watchOS 9 and a new Apple Watch in September.

The macOS 13 Ventura software is expected along with a new range of Macs, these may launch in September, although it would be more likely that they land in October or November.