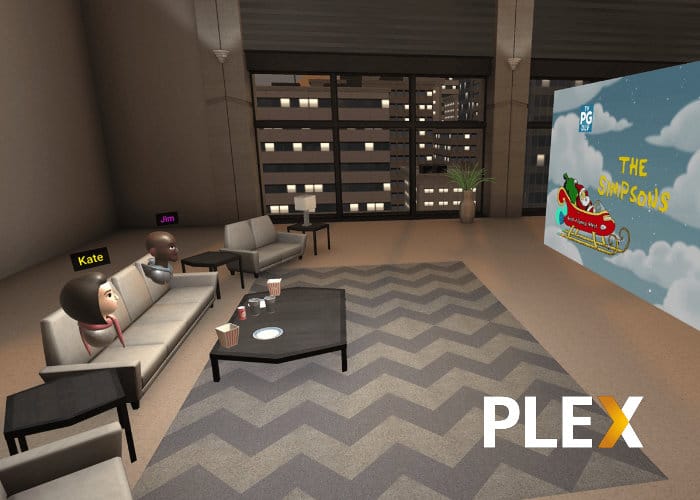 This week Plex has announced the addition of support for Google’s Daydream virtual reality hardware, enabling Plex uses to watch Plex in a virtual reality environment on the Daydream VR headset. Plex has chosen the Google Daydream device because of the systems accessibility, only requiring users to own an Android smartphone and Google Daydream headset. Rather than having to shell out for more expensive systems such as the HTC Vive and Oculus Rift. Although I am pretty sure that Plex will also be arriving on those systems sometime shortly, this has not been confirmed as yet by Plex.

The new Plex virtual reality support allows you to watch your Plex Media Server videos with friends, in real time, with voice chat in virtual reality. As well as providing the ability to play local videos on your Android tablet or smartphone in either 3D, 360 or 180-degree videos. Plex has created a new application that includes a “fancy” virtual reality apartment in which you can chill out and watch your virtual reality content.

Plex VR is available on all Daydream-ready Android smartphones, and the option to stream your videos in VR is free, but you’ll need a Plex Pass subscription to enjoy co-watching as well as the Drive-in scene, explains Plex. For more information on the Plex virtual reality support, media player server and service jump over to the official Plex TV blog by following the link below.