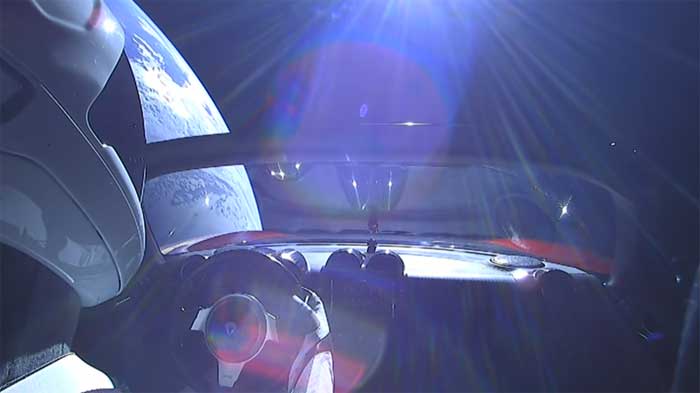 Elon Musk and his company SpaceX were successful yesterday with the launch of the Falcon Heavy rocket. Atop that rocket was Musk’s personal red Tesla Roadster with “Starman” sitting behind the wheel. A live video stream of the car orbiting the Earth is available for you to look at and it’s awesome.

You can see the video at the bottom of the story and watch as the Roadster slowly spins as it orbits. The views of the earth are awesome. The Roadster is officially the fastest car ever having reached over 22,000 mph.

As the car orbits, the camera angle changes and you can see the spectacle from all sides. This may be the coolest thing Elon Musk has been part of and he did make a flamethrower.