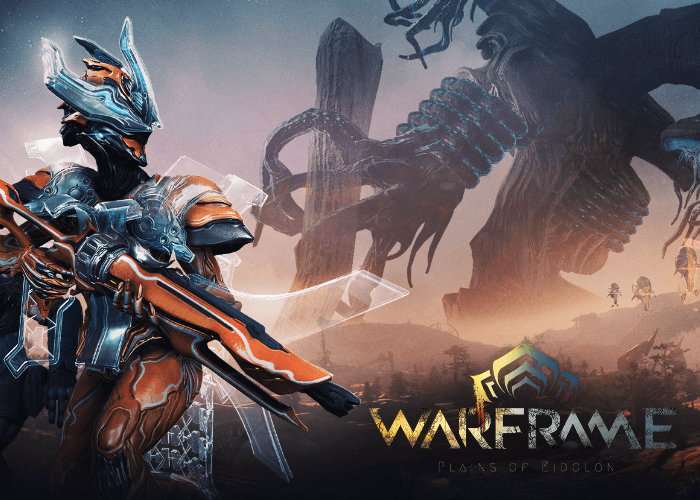 Ahead of next week’s launch on PC and the arrival on consoles during November 2017, a new trailer has been released for the upcoming Warframe Plains of Eidolon DLC.

Check out the latest trailer below to learn more about what you can expect from Plains of Eidolon the brings with it a landscape larger than anything in Warframe before, allowing you to explore and survive it on your own terms.

Welcome to the Plains of Eidolon. Sentients once fought on this battleground in an attempt to destroy a massive Orokin Tower that the Ostrons now call home. The Sentients’ defeat is forever immortalized in the ancient graveyard that litters the Landscape.

Time in the Plains cycles the same for all Tenno. For every 100 minutes of beautiful sunshine, there are 50 minutes of haunted night. It’s the massive Warframe update everyone’s talking about. The Grineer have organized drilling stations and sprawling outposts throughout the Plains to excavate the technology of the Old War. Take missions from the Ostrons to fight Grineer during the day and clear out their bases, but be fast, as these Grineer will call reinforcements when they spot danger. As you venture deeper into the Plains the Grineer enemies will get progressively stronger, so come prepared.

With open Landscapes, all new gameplay and more, the Plains of Eidolon Update is the biggest expansion to Warframe yet. Download it free this winter.