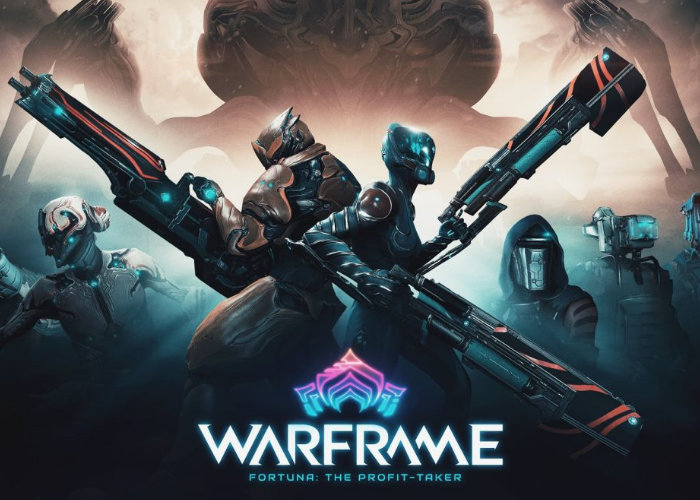 A new update has been released today for the Warframe game in the form of Fortuna The Profit-Taker. “Return to the Vallis, Tenno: We’re taking down our first Orb Mother. Wield your Archweapons to destroy the Profit-Taker — then walk the path of least resistance as Baruuk, the pacifist Warframe.”

Features of the new Profit Taker Warframe update include

– Bring The Big Guns: Only serious firepower can crush the Profit-Taker. Earn the Archguns — previously only available to equip in space — to equip your Warframe while on foot and ascend to a whole new level of ballistic power.

– Earn Baruuk, The New Warframe: A pacifist by nature, the 38th Warframe’s calm manner erupts when he’s pushed to the edge.

– Elude: Dodge all incoming projectiles, but only while not attacking. Edge closer to the brink with each projectile dodge.

– Lull: A calming wave slows enemies until they fall into a slumber. Enemies woken by damage will be confused and disoriented.

– Subdue: Summon a bevy of orbiting daggers to seek out enemy guns, destroying them with a small explosion. Combine with Untouchable to double the range.

– Serene Storm: With his Restraint eroded, Baruuk commands the Desert Wind to deliver powerful radial strikes with his fists and feet. Each moment commanding the storm restores his Restraint.

– Conserve Animals, Earn Floofs: The Business and his conservation team have three new Echo-Lures on offer. Use them to save three new species in the Vallis before the Corpus get to them first. New Floofs and a Conservation Badge await your efforts!

– Upgrade, Enhance And Mod: Visit the character Little Duck in Fortuna to access new Operator Amps and Arcanes, while picking up weapons and customizations (such as hairstyles and Ventkid Cosmetics) in the marketplace. And collect a whole new set of weapons, mods, and customizations to keep up with the Corpus’ expanded arsenal (including new shotguns, whips, revolvers, shields, Syandana, alt helms, and more).