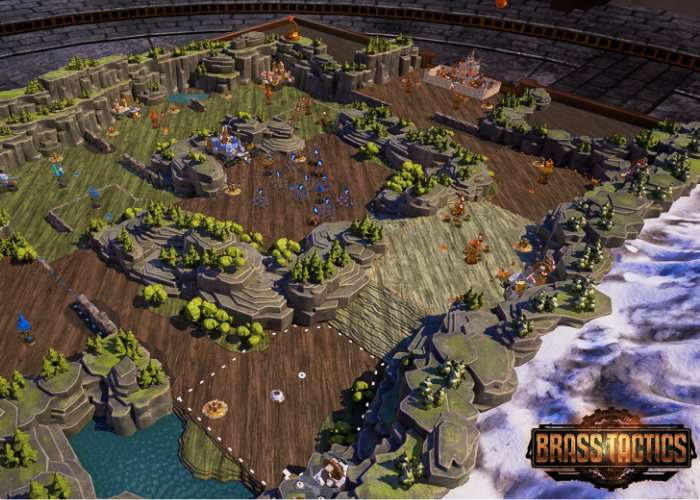 A new virtual reality real-time strategy game will be launching next month on October 19th in the form of Brass Tactics, providing a full real-time strategy experience in a VR environment, using the Oculus Rift headset and Oculus Touch controllers.

Watch the promotional video below to learn more about the game which provides a twenty-five-minute action-packed battle experience. Developer Hidden Path Entertainment has not announced as yet whether the game will be available for the HTC Vive.

Let the battlefield surround in this beautiful and immersive Real Time Strategy game. From the lead designer of Age of Empires II: Age of Kings, experience exciting RTS gameplay from inside a fantastic clockwork battlefield with handcrafted units and buildings you move and place with a sweep of your hands as the battle rages around you. A true RTS for today’s players: You’ll find all the variety and depth of play you would expect from a classic RTS including melee, ranged and flying units, upgrades and more.

Easy to pick up, but challenging to master, build new buildings and units and direct your forces intuitively where you want them to go. Get close to any part of the battlefield as you quickly learn to navigate the WarTable in VR. Quick mastery of navigation and control opens up the depth of tactics and strategy to all players. In Brass Tactics the economy gathering is automatic, allowing players to focus on the strategy, tactics and cooperative or competitive play that is fun, immersive, and fresh.