Vizio has confirmed that their new all-in-one computer system, first unveiled at the beginning of the year is now ready to launch and will be arriving in stores this month.

Vizio’s hand was forced a little to confirm the arrival of the new computer systems. After an anonymous source recently leaked photographs of a Walmart inventory system that listed references to the new Vizio systems. 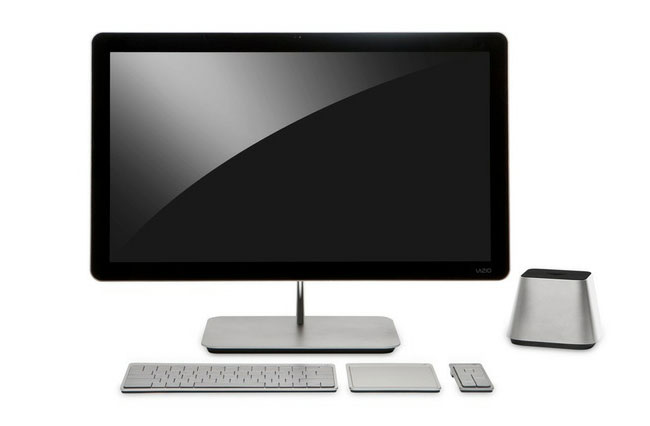 Captured in the leaked photographs was a Vizio 27-inch all-iIn-one computer system for $1100 and a 14-inch “T L Notebook” for $900. Vizio explains:

“We are excited about the official VIZIO PC launch this month,”- “We will be withholding any comments regarding previously unannounced product specs and retail channels until our official launch. At that time, we will be announcing all of the exciting details around these highly anticipated PCs.”

As more details are revealed about the systems we will keep you updated.