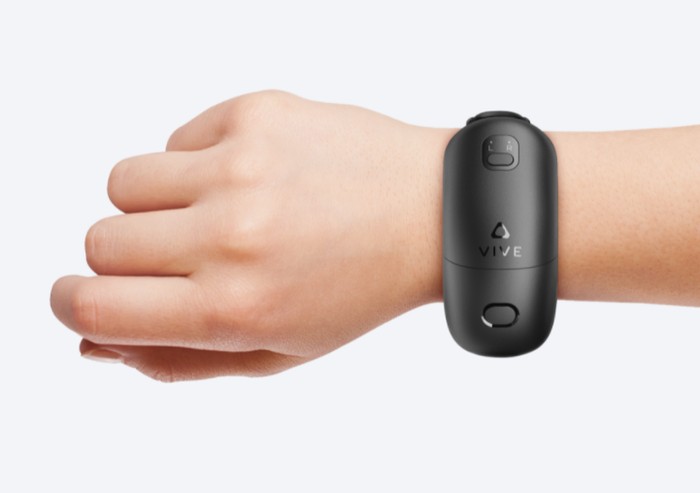 This week VIVE have introduced their new wearable VIVE Wrist VR Tracker which works in a similar way to the VIVE Focus 3’s controller, but can be simply strapped to your wrist or other objects to track them in VR with full 6dof says VIVE. The LEDs are detected by the VIVE Focus 3 tracking cameras to help achieve standalone tracking. The new virtual reality wrist worn tracker is 85% smaller than the VIVE Focus 3 controller and 50% lighter weighing in at just 63g.

VIVE Wrist Tracker’s positioning and tracking technology not only allows it to carry out hand tracking, but tracking from fingertips to elbow and even predict the pose when the headset can’t see the tracker. Unfortunately, no information on pricing or worldwide availability has been released as yet by VIVE, but as soon as information comes to light, we will keep you updated as always.

“VIVE Wrist Tracker is also intuitive to use, with a simple one-button pairing feature to connect wirelessly to VIVE Focus 3. The strap can be removed and cleaned easily, or even switched out for a different one. VIVE Wrist Tracker delivers up to four hours of constant use, with an LED indicator to show you the battery status, and is charged via USB-C connector.”

“When user wears the tracker on the wrist, we can predict the tracker’s motion trajectories even when the tracker is out of camera’s view in a while by using high-frequency IMU data and an advanced kinematic model. With this technology, we can predict their hand position when the hands leave the tracking camera view. Tracked objects for inside-out CV based tracking systems generally need to be of a certain size to achieve high precision positional tracking – however that may not be feasible for certain objects or tools that have a small form factor, where adding the size and weight required for positional tracking creates issues in its usage.”