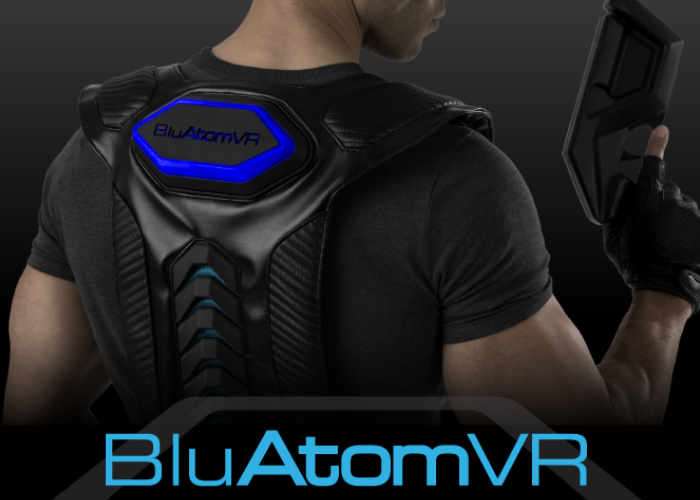 Virtual reality enthusiasts looking to take their gaming to the next level with a more immersive feeling whilst playing in VR, may be worth giving a new feedback vest and VR gun controller more investigation.

The BluAtomVR is being marketed as the world’s first immersive wireless VR vest and gun controller and offers an extra layer of immersion whilst using your virtual reality headset with games such as CoD, Resident Evil, Overwatch, RIGS, War Thunder and more.

The self-contained wireless system works with all major brands of virtual reality headset including the Playstation VR, Oculus Rift and HTC Vive and can be used without a virtual reality headset just to add to the immersive experience of games that currently do not support VR. Watch the video below to learn more about the BluAtomVR system which is currently available to back via Kickstarter.

Get the full virtual reality experience when using your BluAtomVR System with a VR Headset. No special device driver is required to connect with your VR headset, and is currently compatible with the most popular headsets.