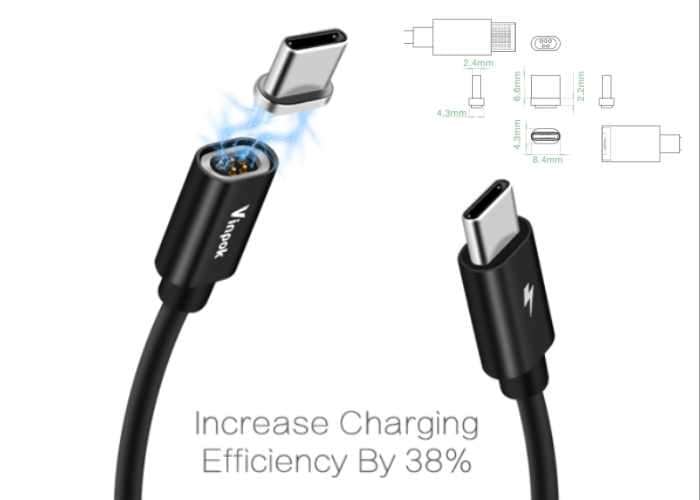 MacBook owners looking for a way to add the awesome magnetic power connection which Apple foolishly removed from their latest MacBook laptops. May be interested in a new USB-C magnetic MacBook cable which is being created called the Vinpok Bolt.

Check out the quick demonstration video below to learn more about the Vinpok Bolt which offers support for 87W charging of 15-inch MacBook Pro. Together with USB-C connectors on both ends.

The Bolt MacBook magnetic charging cable will support both 13-inch or 15-inch MacBook Pro systems as well as any other USB-C devices you may have.

MagSafe was one of Apple’s most ingenious designs, but this genuinely useful and creative feature was removed from the latest MacBooks when they switched to USB-C charging … until now, with the launch of Bolt magnetic cable. With the same breakaway feature that was a trademark of the MagSafe, the Bolt will prevent your MacBook, or any other device such as smartphones, from tumbling to the floor which can provide extra protection for your devices.

Jump over to Indiegogo via the link below for more details and to make a pledge from just $24 to be one of the first to own the Bolt.