Moto G is an amazing handset that is available in unlocked flavor from Motorola for $179 for the 8GB model while the 16GB version comes with a $199 price tag. The handset was destined to launch on Verizon as well, but there’s no official word from the Big Red about the exact launch date, it only said it will launch next year.

Recently, an image was shared on Google+, Moto G will hit Verizon in the coming days at a cheaper price of $100 off-contract. The leaked images shows a retail packing of the device. 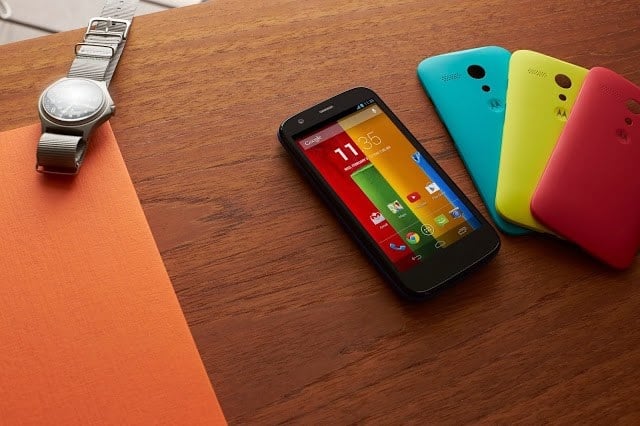 The news came from Josue Joseph on Google+ who apparently works at the Best Buy. In reply to the comments, he did mention the device will go on sale for $100 off-contract, but it will still be attached to Verizon. He also said that he don’t know the street date of the device, and he can’t sell it to anyone at the moment.

Regarding its launch, the sources of Droid-Life told them that the Verizon Moto G is expected to hit retail on January 9th at Best Buy.

We’ll update you if anything comes up about the launch of the handset on Verizon.