It looks like a new handset will make an appearance on Verizon, but which one? Well, Evan Blass aka @evleaks recently posted a tweet of a Windows Phone 8 device known as Lumia 929, which is expected to launch on the Big Red by the end of this year. The handset is expected to launch in two colors: black and white 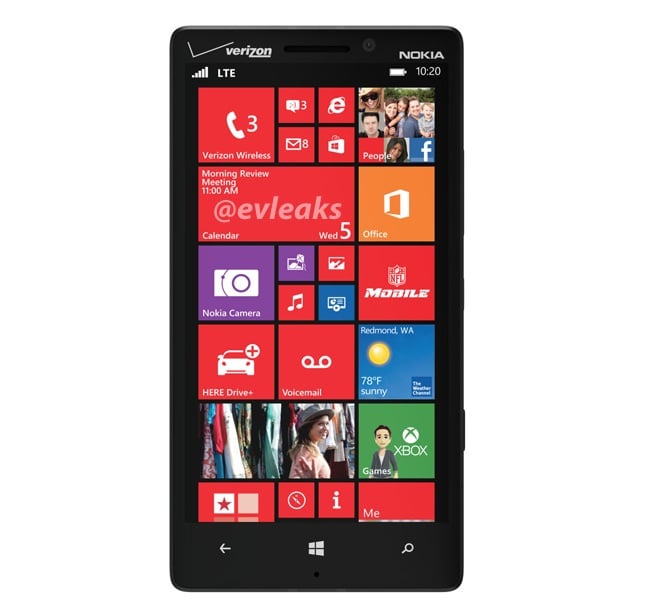 The handset features the Verizon Logo on the top, with the same number of rows and columns as the alleged Nokia Lumia 1520, which was leaked earlier today.  By looking at the image, the alleged handset features a pretty large display. However, it doesn’t seem to feature a 6-inch display as the purported Lumia 1520. There are no details about the specifications the purported Nokia Lumia 929 will bring at the table. But, by the looks of the image, it seems that the handset may feature a 1080p display or at least 720p.

Currently, there are no details about the launch, pricing and availability of the device. Nokia will host an event on October 22nd where we suspect it will release the much-awaited Nokia Lumia 1520 alongside the rumored Sirius tablet aka Lumia 2520.

We hope we’ll get more information about the alleged Lumia 929 in the coming weeks.