Nokia has announced on Twitter that they will be holding a press event on the 22nd of October, and whilst they have not given any details on what will be announced, we suspect it will be the Nokia Lumia 1520.

Nokia posted the following photo on Twitter, with the message ‘At Nokia we never stop innovating. More to share on October 22’, the handset is expected to go on sale in November. 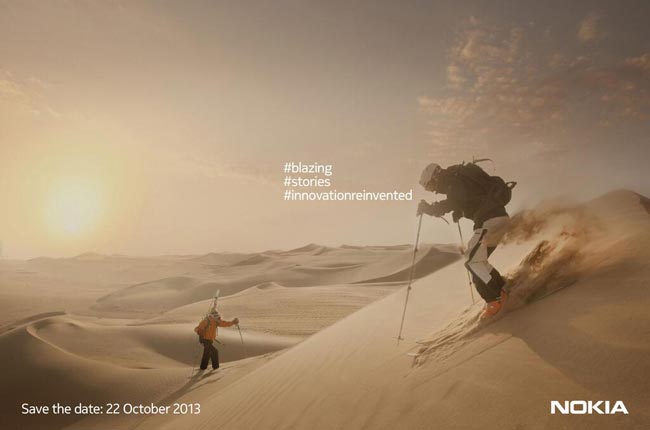 The Nokia Lumia 1520 will come with Windows Phone GDR3 and will feature a 6 inch display with a resolution of 1920 x 1080 pixels, t will also come with a 20 megapixel Nokia PureView camera and a quad core Qualcomm Snapdragon 800 processor.

We should have full details and specifications, along with some photos of the new Nokia Lumia 1520 when it is made official on the 22nd of October.