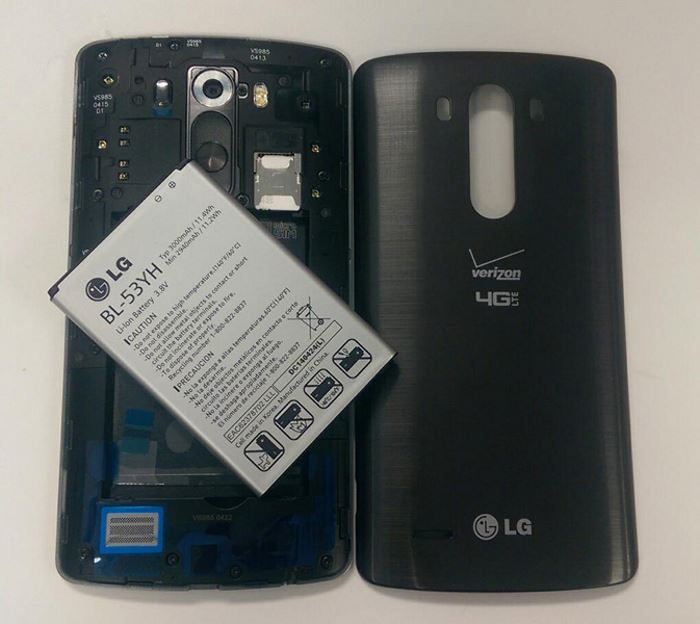 Verizon is taking pre-orders of the LG G3, with the availability date set to April 17th for $99.99 tied to a two-year contract. There was one thing which concerned users was that it may come with a non-removable battery while it’s not the case with the international version.

If you can’t recall what it has to offer, we’ll do a quick recap for you. LG G3 comes with a 5.5-inch display sporting a resolution of 2560 x 1440 pixels, with the processing coming from a quad-core Snapdragon 801 chipset with 3GB of RAM and 32GB of internal storage. There’s a microSD card slot as well, which supports up to 128GB for expansion.

The handset also comes with a 13MP camera with optical image stabilization and laser auto focus for sharper images, as well as a 2MP front-facing camera. There’s a 3,000 mAh battery to make sure it can provide a decent battery time. On the software side, it runs Android 4.4.2 KitKat as its operating system.

So, who’s picking up a LG G3 from Verizon.