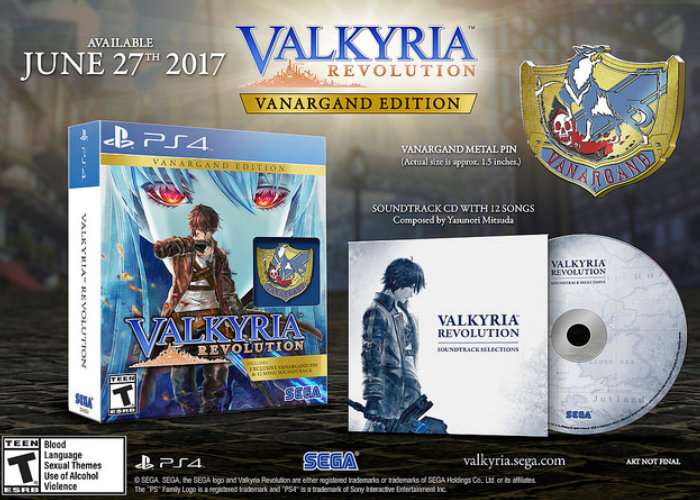 Will Chan from Sega has taken to the official PlayStation blog this week to amounts that the Valkyria Revolution the fast-paced successor to the beloved strategy series, will be landing in the US on June 27th, 2017.

Valkyria Revolution will be released physically and digitally for the PlayStation 4 and digital-only title for the Sony PS Vita. Valkyria Revolution paints a dramatic tale of war and revenge through the GOUACHE art engine and features a moving musical score by famed composer Yasunori Mitsuda. Check out the teaser trailer below.

Attention, soldiers! Prepare for battle in the coming months, because Valkyria Revolution is launching in the Americas on June 27 for PS4 and PS Vita! Our previous PS.Blog post covered how the game is quite literally a revolution from previous Valkyria games, but let me give you a brief refresher before you charge once more unto the breach.

First things first: Valkyria Revolution is not a sequel to the Valkyria Chronicles series. “Spinoff” would be the right word. It takes place in a whole different timeline, continent, and universe than its predecessors, but familiar elements — such as the precious mineral ragnite and the legendary beings known as the Valkyria — make a return.

Instead of a World War II influence, the game is inspired by the European industrial revolution and focuses on a war of liberation between two vastly different nations. But arguably the biggest difference is the battle system. The turn-based action has been replaced with faster-paced (but no less strategic) combat. This hybrid battle system combines the tactics of customizing squad behavior and loadouts with real-time action for some pretty intense moments on the field.