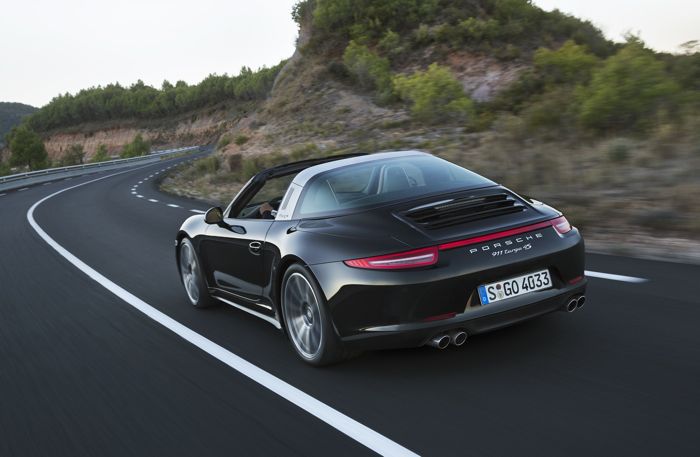 Porsche launched their new 911 Targa earlier this year, although it would appear that the company is working on a facelift version of the vehicle which will launch in 2015.

The guys over at Autocar managed to snap some photos of the new face lift 911 Targa, and the majority of the changes to the car appear to be cosmetic ones.

As you can see from the photo below, the twin exhausts have moved into the center of the car, similar to the the new GTS versions of the Porsche Boxster and Cayman. 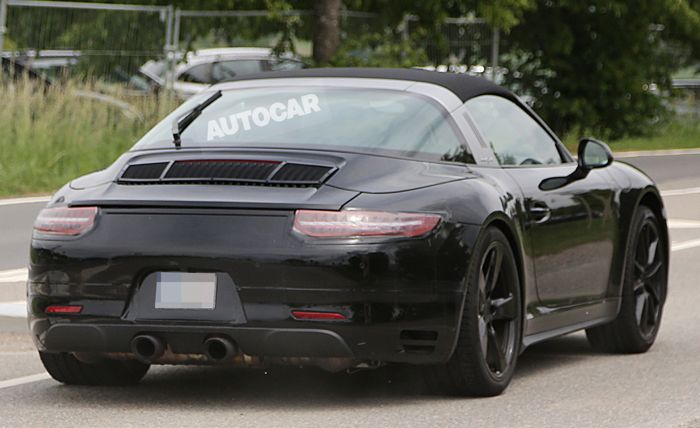 As well as some minor cosmetic changed, Porsche are said to be launching a new range of engines in 2015, these new engines are designed to be cleaner and more fuel efficient.

The current Porsche 911 Targa 4S has a 0-60 time of just 4.4 seconds in the PDK version, and the new Targa GTS version is rumored to be more powerful than the current model. 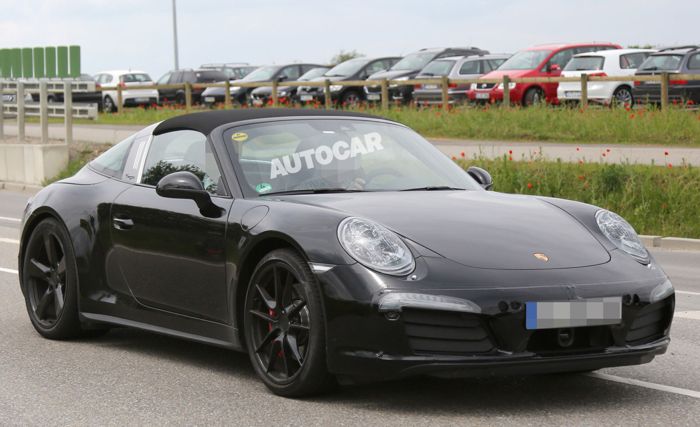 Porsche will be launching a number of new models across their 911 range next year, all of which are expected to feature their new cleaner engines.

As yet there are no details on how much this new 911 Targa will retail for, we suspect we will find out more information closer to its launch, which is rumored for early 2015.