Decades from now in the far off green future we’re currently struggling to reach, statues of Nicholas Homer will adorn state parks and public spaces. Or not.

The college student best known for his motorized couch has just been banned by Brigham Young University from using it to move around campus. The student was motivated to build the motorized couch so he can pick up burgers and willing females with utmost convenience. 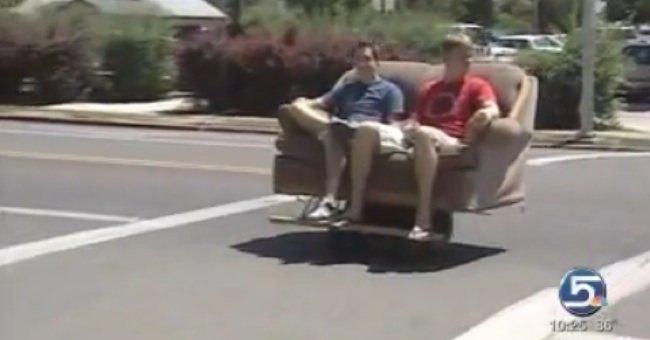 The furniture vehicle was basically a couch stuck to an electric wheelchair’s chassis. Upon its debut along the streets and walkways of BYU, some cried ‘Slacker!’ while other acclaimed the invention as pure out-of-the-box genius.

But the University thinks it’s a crime, even if the motorized couch is a startling example of eco-friendly motorization. You have to admit though, this give a whole new meaning to “moving furniture”.