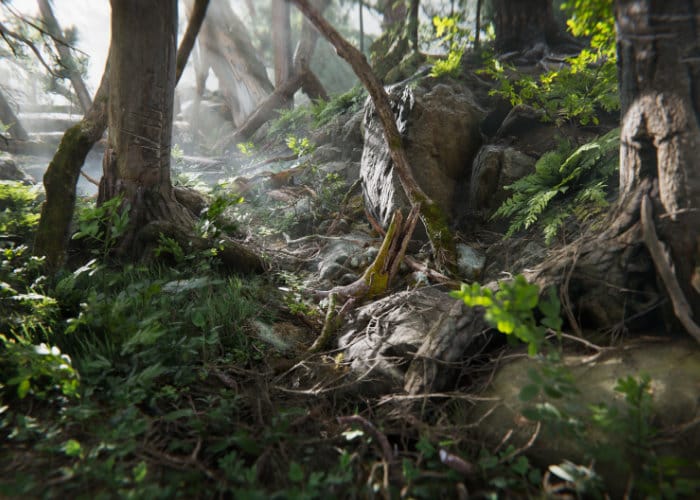 Untiy’s award-winning Demo Team have created a new interactive story called the Book of the Dead to showcase what high-end visuals can be produced using the Unity 2018 application and the new Scriptable Render Pipeline. The Unity SRP provides enhanced customisability of Unity’s rendering architecture, providing more control to developers. Watch the Book of the Dead demo below to see elements from both film and games combined into a teaser that is “representative of the actual gameplay experience” says Unity.

Unity’s Demo Team have been previously responsible for creating “Adam” back in 2016 and “The Blacksmith” a little later during 2015. The creative team consists of experienced game professionals led by Creative Director Veselin Efremov, who writes and directs the demos and is responsible for their final overall feel. All of the natural environment assets in the Unity demonstration are photogrammetry-scanned real-world objects and textures explains the team. With a majority of the assets coming from Quixel Megascans, a publicly available library of high-quality scanned assets, which is used widely by high-end game production and film VFX professionals alike. When needed the creative team create its own photogrammetry assets using the experimental Delighting Tool developed by Unity Labs in its workflow. The Unity High-Definition Render Pipeline is coming soon to 2018.1 public beta.

The environments are built in a way that allows the player to move around and explore. The camera is a continuous first-person camera, and when the player is teleported to a different location, the transition feels like a cinematic cut. Unlike a traditional first-person game camera, however, here the game camera is designed to have a cinematic handheld feel, with inertia and weight. The height, speed, and shakiness reflect the emotional state of the protagonist and change as the player progresses through the story controlling the character.