One of the cool things about the gadget market when it comes to Android-powered set-top boxes is that there is a product for just about every budget and every need. The new set top box that looks more like a set top disk than a box has turned up from the Chinese manufacturer called Smallart. The device itself is called the Uhost3. 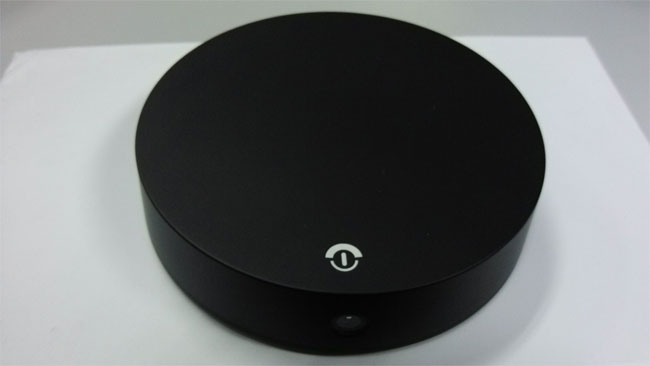 Strangely, the manufacturer the device reportedly hasn’t decided which quad-core processor to use. Reports indicate that it’s a tossup between the Allwinner A31s and the Rockchip RK3188 at this point. The other hardware is confirmed including 2 GB of RAM and 8 GB of integrated storage.

The set-top box features and HDMI output, dual USB ports, and ethernet port, and a microSD card slot for storage expansion. The device also has an ethernet port and audio output jacks as well as a camera on the front. That front camera is intended for use in making video calls. The set-top box also features Wi-Fi and Bluetooth with Android 4.1 is the operating system. Pricing and availability are unknown.