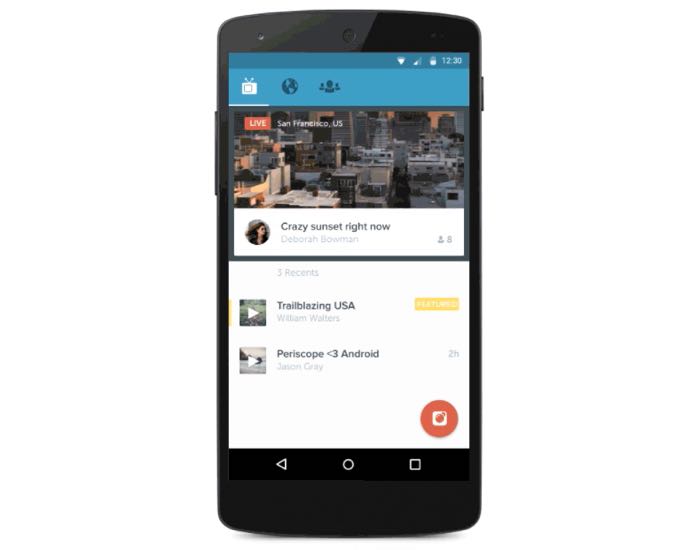 When Twitter launched their Periscope live streaming app it was only available on Apple’s iOS platform, good news for Android users as the company has now released the Periscope Android app.

The Periscope Android app works in the same way as the iOS version, it allows you to live stream video and also watch live streams on your Android device.

Periscope lets you broadcast live video to the world. Going live will instantly notify your followers, who can join, comment and send you hearts in real time. The more hearts you get, the higher they flutter on the screen.

The Periscope app for Android works on Android smartphone and tablets that are running Android 4.4 KitKat and above.

You can find out more information about the Periscope Android app over at Google Play at the link below, the app is available as a free download.