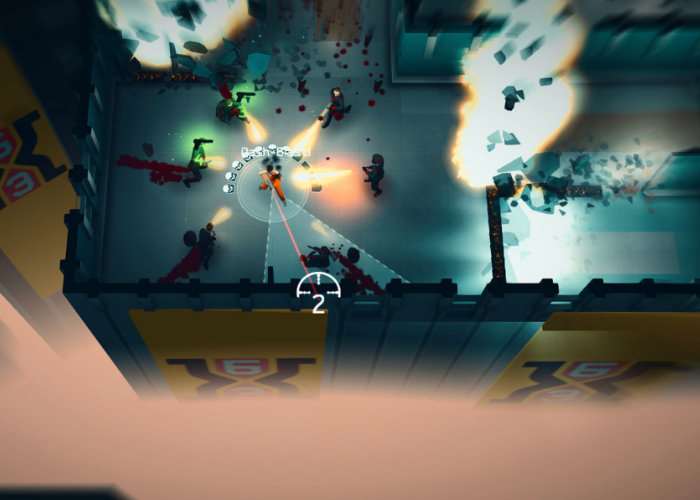 In a few days time on September 12th 2017 a new twin-stick shooter will be launching on the PlayStation 4 in the form of Time Recoil which has been developed by 10tons and will be priced at $14.

Previous claims by the 10tons development team include Neon Chrome. Check out the previous Greenlight trailer and official release trailer embedded below, to learn more about what you can expect from this unique shooter.

Jaakko Maaniemi from developers 10tons has taken to the official PlayStation blog this week to reveal more details about the new twin-stick shooter.

You may know 10tons from our previous twin-stick shooter Neon Chrome, which was free on PS Plus for PlayStation 4 and Vita in June. After developing that sprawling, procedurally generated, roguelite-ish big chunk of a game, we felt like we enjoy making twin stick shooters as much as ever, but we should make our next project something completely different.

We almost instinctively looked at more compact games like Hotline Miami, Mr. Shifty and even Superhot. Each of these titles feature a very strong core mechanic, with the whole game wrapped tightly around it. We weren’t surprised when the first Time Recoil test players mentioned some of those reference titles in their feedback.

So, Time Recoil is a twin stick shooter, but it’s very different than Neon Chrome. Time Recoil is all about single bullet kills and making full use of the time slowdown effect that kicks in every time you take someone out. Additional kills in slowdown mode extend the period of the slowdown, and as you progress in the game, chained kills charge increasingly powerful special moves as well.

Special moves are the key to clearing many of the harder challenges of the game; they’ll allow you to dash through walls and enemies, obliterate rooms of enemies in a single blast, and ultimately even freeze time completely. The toughest levels require you to figure out sequences and even rhythms to your kills to keep the time slowdown going and chaining enough kills to get that all-powerful special move.