If you are fan of Tron then this PC rig inspired by the Light Cycle within the films will make your day. Bod Mods has created this fantastic Tron Light Cycle PC complete with liquid cooling and plenty of neon blue light strips. The design for the case was created using 3D packages to arrange all the internal components and then machined via lasers from acrylic.

Its not the first system Bod Mods has created who has built a number of amazing PC case designs in the past, including the Battlestar Galactica system. 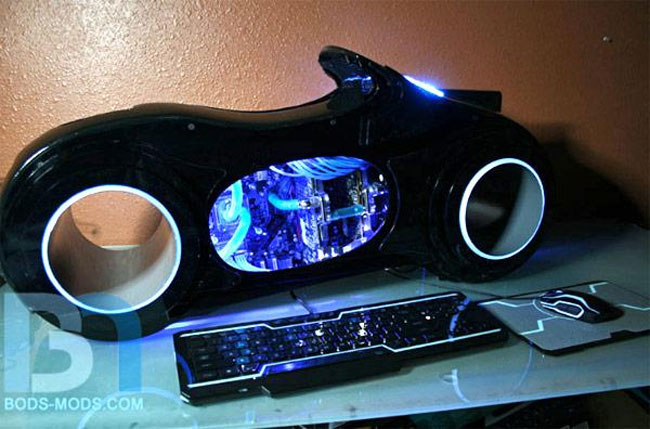 I love the TRON movies, and when the new movie came out, I just had to build a PC based on the new Lightcycle design. It would have to be a custom build, so a lot of time was spent in a 3D program, trying to fit the necessary components while keeping the relative size down. The main parts were laser cut from acrylic, providing a solid foundation from which to fabricate other parts such as the front and rear fenders. So far, this has been a fun and rewarding project. Enjoy!