Toyota has unveiled their new Toyota FT-1 Concept at the 2014 Detroit Motor Show, the car was originally designed for Gran Turismo.

Toyota started designing their FT-1 concept car almost two years ago, have a look at the video below, which shows off this sunning looking concept car. 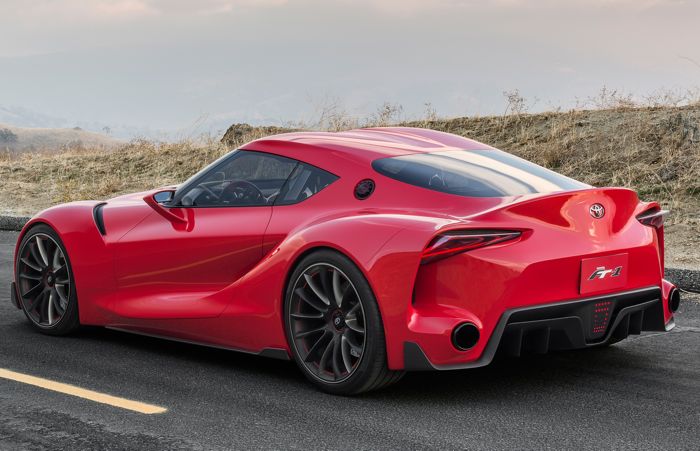 “Function-sculpting” design language yields curved, muscular, expressive body forms seemingly shaped by the wind.  Inlets, ducting, and vents are features of the exterior design that help reinforce its track–ready nature with elements of purposeful airflow management.  At higher speeds a retractable rear wing deploys and tilts forward to create additional downforce.  The body’s athleticism is expressed with taut surfaces and dramatic fender forms that seduce the eyes when covered in an unapologetically red hue. 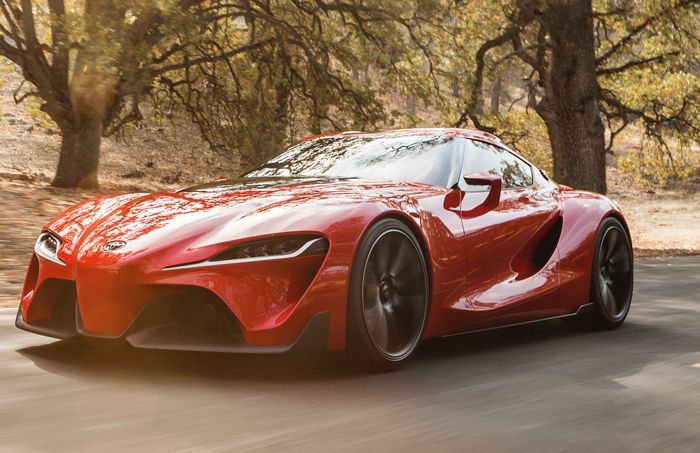 The front engine rear-wheel drive configuration locates the cockpit far rearward within the wheelbase to improve weight distribution.  This design element also helps create the classic sportscar proportions one would expect from a vehicle poised to dominate even the most challenging road course. The cockpit’s wraparound windshield and side glass openings are a distinct nod to the design of the legendary Toyota 2000GT.

As yet there are no plans from Toyota to out their new Toyota FT-1 concept into production, you can find out more details at the link below.