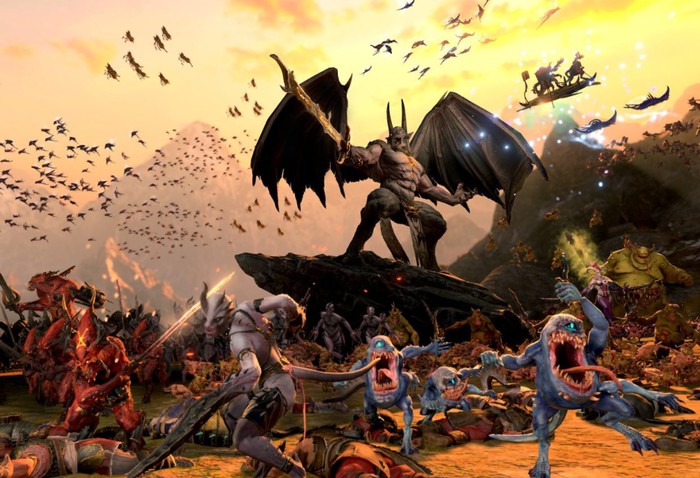 Creative Assembly have released a new trailer and revealed a few more details about the upcoming Total War Warhammer III game which will be officially launching on February 17th 2022. Total War Warhammer III will be available to play on PC, Linux and MacOS and is a turn-based strategy game with real-time tactics offering both single player and multiplayer modes.

Created by the Creative Assembly game studio gamers published by Sega and is part of the Total War series, and the third to be set in Games Workshop’s Warhammer Fantasy fictional universe and follows on from the previous two games in the Total War Warhammer series. Check out the latest trailer below for a glimpse at the new Legendary Lord in the form of the Daemon Prince.

Kimberley Ballard, Associate Brand Manager at Creative Assembly has taken to the official Xbox new site this week to reveal more details about the new playable Legendary Lord that can be customised with using a wealth of unique combinations. “Mix and match units from the four Chaos Gods to build terrifying armies and vanquish your enemies with powers from the Ruinous Powers.”

“When Total War: Warhammer III arrives with PC Game Pass on February 17, it will introduce several epic Legendary Lords from the realms of Kislev and Grand Cathay to the four Chaos Gods, who rise from the fissures between worlds to wreak havoc and destruction! With each Legendary Lord, you can build your empire, lead incredible armies, wield powerful magic, and use a variety of weapons to thwart your enemies on the battlefield. “

“With eight dynamic Legendary Lords to choose from, the Warhammer III roster is brimming with options for all playstyles, but today, we reveal the ninth Legendary Lord… the Daemon Prince! The Daemon Prince is an experience never seen in Total War! A nightmare made flesh, hellbent on vengeance, he leads the Daemons of Chaos into battle against foes both mortal and daemonic and wields power from all four of the Chaos Gods.”

“Bringing the Daemon Prince into Warhammer III gave the team at Creative Assembly an opportunity to use a distinct part of Warhammer lore in a striking new way. In the Warhammer Army Books, Daemon Princes are immortal champions of Chaos described as “varying enormously in appearance,” a phrase that inspired the team to design and implement a system where players could create and customize their own version of this character.”