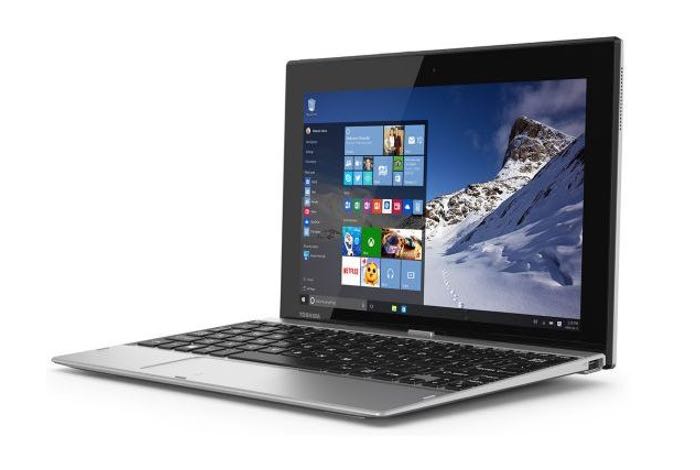 It seems that Toshiba has created a new piece of hardware that it hopes will compete with Microsoft’s Surface 3 Windows tablet in the form of the Toshiba Satellite Click 10 2-in-1.

Similar to those of the Surface 3 that include a 10.8 inch, 1920 x 1280 pixel display and power from a an Intel Atom X7-8700 processor. Internally Toshiba has included 64 GB of storage together with a 2 megapixel front facing camera for video calling, together with a 8 megapixel rear facing for video and photographs. As well as connectivity provided by Bluetooth 4.1 and 802.11n wireless.

Other features of the Toshiba Satellite Click 10 2-in-1 hybrid tablet include 1 x micro HDMI port, 1 x micro USB 2.0 port, a handy SDXC card reader and stereo speakers. Unfortunately no information on pricing or worldwide availability has been released as yet by Toshiba, but as soon as more information comes to light we will keep you updated as always.