Toshiba has today unveiled their new Android tablet at CES 2011. At the moment the demo tablet is currently running Android 2.2 but  when the tablet is released in the Spring Toshiba’s says it will be running Google’s new tablet enhanced Android Honeycomb OS.

The new Toshiba tablet which is yet to be named is equipped withToshiba’s Resolution Plus technology which enhances standard-definition video to give it the appearance of high-definition. 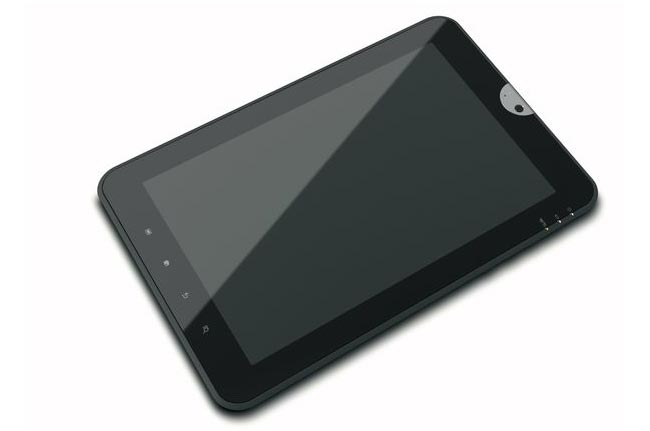 Toshiba’s new Android tablet has a 10 inch 1280 x 800 resolution display and is powered by a Nvidia Tegra processor, it also has two web cameras a front-facing camera which is 2-megapixels and a rear-facing camera that has 5-megapixels, its ports include USB, Mini USB, HDMI together with a SD card slot for extra storage.

Unfortunately Toshiba has not released any prices or exact release date only that the tablet will be arriving Spring 2011. We will keep you posted as more details become available over the coming months.