If you have been wondering what the differences are between the Xbox One and PC versions of the new Titanfall game which launched earlier this week.

You might be interested in this new video which has been put together by the IGN gaming website that compares the Titanfall Xbox One vs PC graphics side-by-side, check it out after the jump. 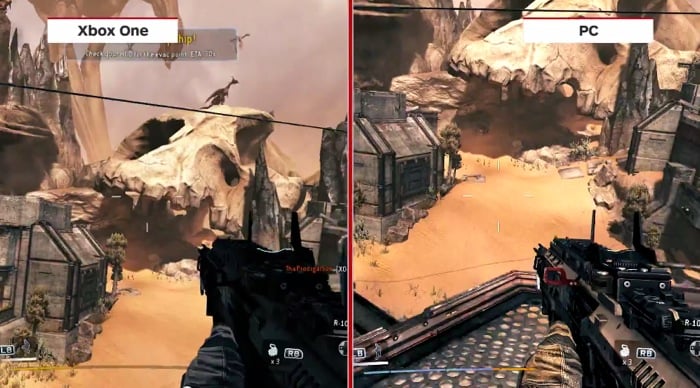 The videos have been recorded by IGN using the maximum settings on the PC version of Titanfall running at 1080p native, while the Xbox One version has been upscaled from a native resolution of 792p.

It will be also interesting to see how the latest Titanfall Xbox 360 version of the new game compares with the next generation console and OC versions, when it launches towards the end of this month.

If you have been experiencing connection issues on your PC, EA has already rolled out a new patch for Titanfall within a few hours of launch which has been designed to help fix any connectivity issues you may be experiencing.