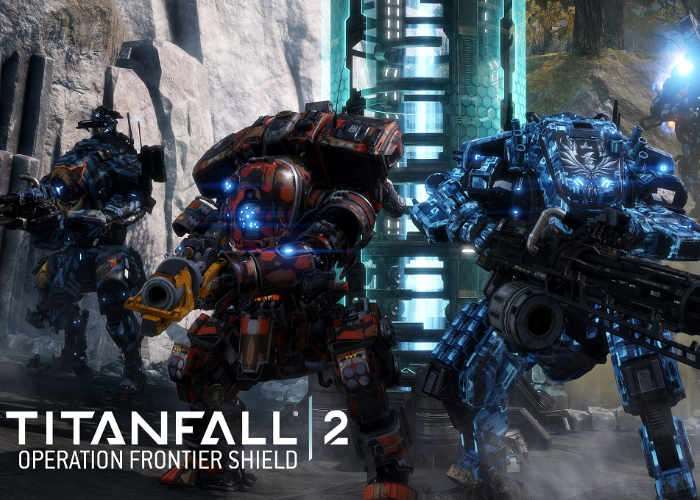 Jay Frechette from Respawn Entertainment has this week taken to the official PlayStation blog to reveal more details about what you can expect from the new Titanfall 2 content that is being made available today.

Titanfall 2 Operation Frontier Shield brings with it a wide variety of new features including cooperative four player mode as well as five maps which will be supported at launch in the form of Homestead, Forwardbase Kodai, War Games, Rise and Blackwater Canal.

Features and new additions include :

• Bringing back the classics: We remastered 5 fantastic maps from the original Titanfall and brought them to Titanfall 2. It’s been great to revisit Angel City, War Games, and more.
• Featured Modes: Our Designers have been experimenting with twists on existing game modes. This has led to some really fun gameplay, er, twists like CTF Nitro, Titan Brawl, and Marked for Death.
• Monarch: A new Vanguard class Titan that is unlike any of the Titans before it. Capable of playing support or dealing lots of damage, the Monarch evolves on the battlefield as she upgrades her core. She’s a blast to play and adds a lot to the meta of the game.
• Prime Titans: The Art team at Respawn has created rad new versions of the existing Titans for players to purchase, giving each Titan not only a great new look but also their own executions.
• Live Fire Mode and Maps: This Pilots only mode is like an espresso shot of adrenaline, featuring small maps and no respawns. It’s tense, fast-paced, and I love it.
• Davis and Droz of the Last Resort faction will be guiding you through the waves. They are unique to Frontier Defense mode and your earned merits will still apply to whatever MP Faction you have selected.
• Defend your Harvester against 5 waves of increasingly difficult enemies.
• The Titan you pick at the start is locked for the rest of the match.
• Earn cash for defeating enemies that you can spend in between waves to purchase tools at the Armory.
• Choose from Easy / Regular / Hard / Master difficulty.
• There will be an Insane difficulty as well that will exist in a separate tile as a Featured Mode.
• New Titan Progression – ‘Aegis Ranks’
• Earn Aegis Ranks by completing matches of Frontier Defense. Aegis Ranks can unlock powerful upgrades for your Titans, helping you succeed at higher difficulty levels. For now these Ranks will only apply to Frontier Defense.