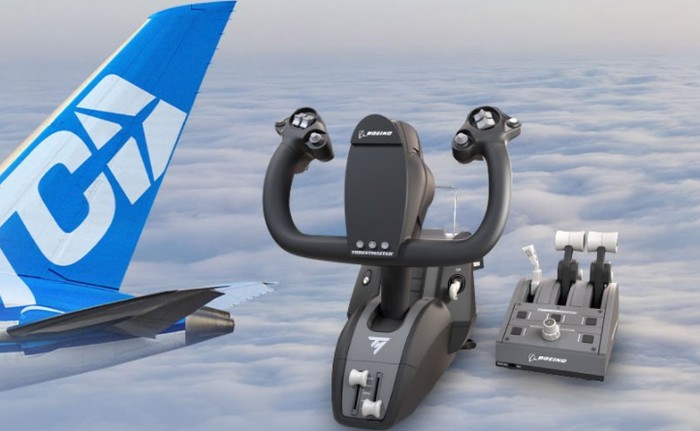 Thrustmaster and Boeing have joined forces to create a new range of TCA controllers designed to be used with PC and Xbox consoles to provide even more immersion in flight simulation games such as Microsoft’s iconic Flight Simulator game. The new flight controller range follow on from the companies first successful collaboration which resulted in the launch of the F/A-18C Hornet HOTAS Add-On Grip. Thrustmaster has now created a new range in the form of the TCA Boeing Edition.

Pricing and availability of the Thrustmaster TCA flight controllers

“An exciting new flagship endeavor for Thrustmaster, the TCA Boeing Edition range features unique, exclusive, and proprietary technologies integrated with a specific goal in mind: allowing users to replicate the controls, flight kinematics and sensations experienced by real Boeing pilots at the controls of a Dreamliner — right from the comfort of their favorite desk or table. This previously inaccessible yet highly aspirational world of civil aviation is now within reach for the entire flight sim community.