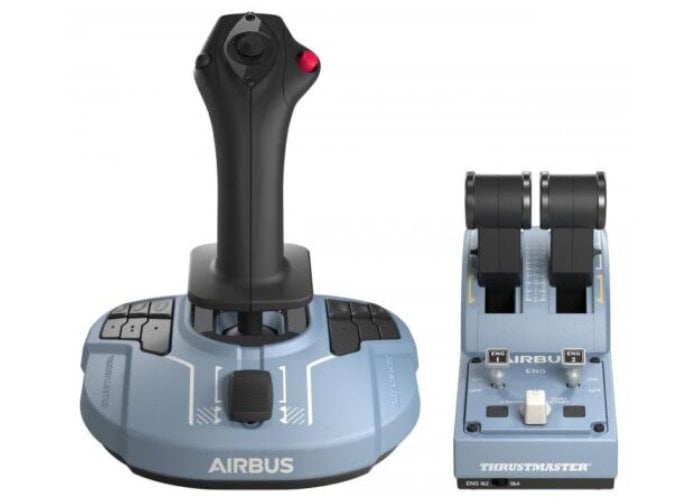 “The TCA Quadrant Airbus Edition will later be followed by two complementary modules: the TCA Quadrant Add-On Airbus Edition (an additional product, sold separately), replicating the real air brake, flaps, autobrake and parking brake features found on world-famous Airbus airliners including the A320 and A320neo.The TCA Quadrant Airbus Edition features 8 ergonomic physical action buttons (plus 8 virtual buttons on the thrust levers, for a total of 16), which are replicas of Airbus airliner controls (A320neo type). Feel realistic sensations when using the buttons, detents and other controls — just like a real airline captain.”

For the full press release jump over to the official Thrustmaster press page by following the link below.