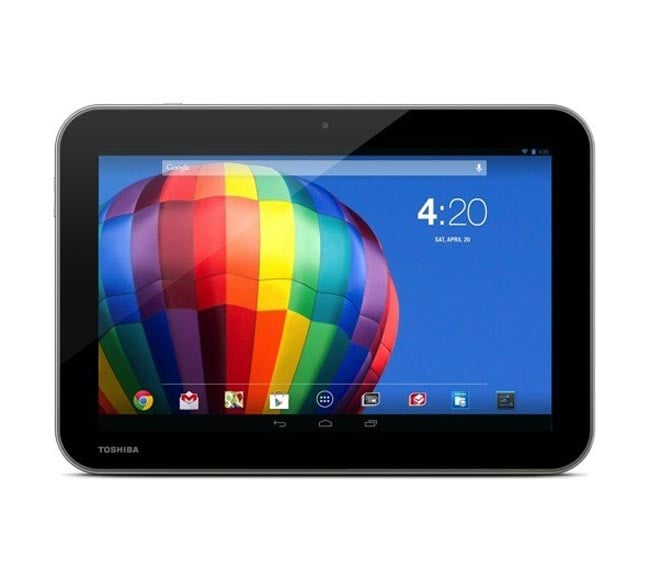 Next is the Toshiba Excite Pro, which also comes with a 10.1 inch display, although this display features a resolution of 2560 x 1600 pixels at 300 ppi, this model is powered by a NVIDIA Tegra 4 processor and features 32GB of built in storage, plus an 8 megapixel camera.

Finally we have the Toshiba Excite Write, which comes with a 10.1 inch display with a resolution of 2560 x 1600 pixels, a NVIDIA Tegra 4 processor and 32gB of built in storage, there is also an 8 megapixel camera and it features pen support with a Wacom digitizer, this model and the Toshiba Excite Pure will retail for $600.