Could the third Black Ops map pack Annihilation be on its way this month? According to a poster spotted in a GameStop store it could well be. The poster below was spotted and snapped by a tipster and sent over the the gaming site Kotaku who immediately contacted Activision to comment on their Black Ops : Annihilation map pack. 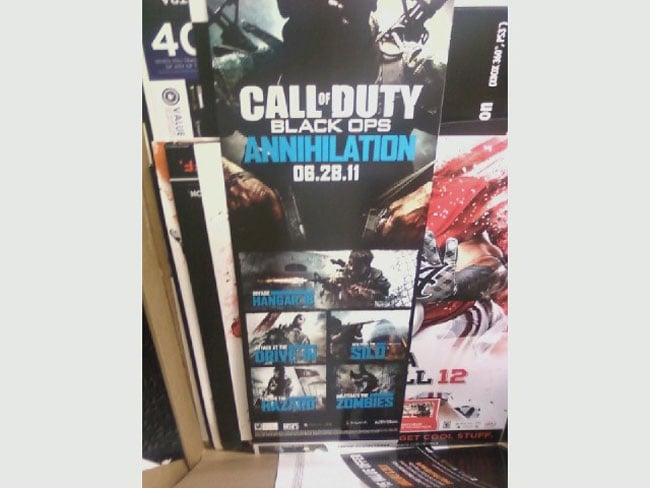 Unfortunately Activision’s reply was “no comment”, which could mean there might be immanent news about the third Black Ops map pack to be released soon? Let hope so.

What we do know already about the map pack is that it will have 4 multiplayer players map called: Hangar, Hazard, Silo, and Drive-In plus a new zombie map incarnation, similar to the last Black Ops : Escalation DLC map pack

Its also rumoured that GameStop is already taking pre-orders for the new Black Ops : Annihilation map pack, but this has not been confirmed as yet. As more information becomes available, we will keep you updated.