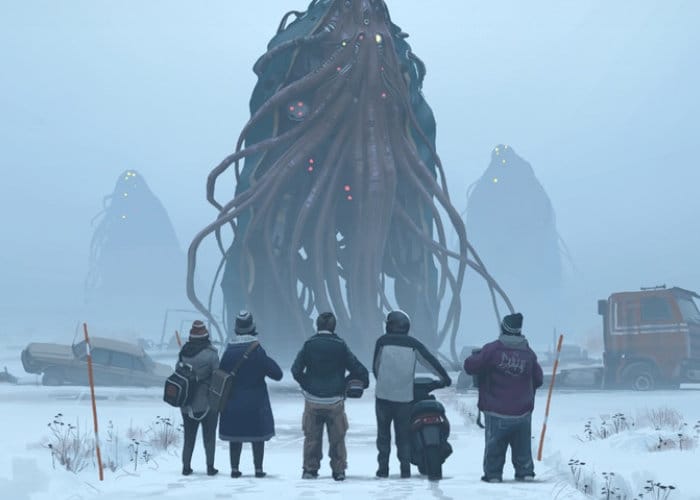 Fria Ligan and team from Free League Publishing has taken to Kickstarter once again to launch their new role-playing game Things From The Flood a sequel to Tales from the Loop. Watch the promotional trailer below to learn more about the new RPG set in the 1990s.

Things From The Flood has already raised over £120,000 thanks to nearly 2000 backers with still 20 days remaining on the campaign. “It started on Christmas Day in 1994. Dark water suddenly rose from the land, invading our homes and lives. They say it came from the depths inside the Loop. Whatever it was the Flood changed everything. Nothing would ever be the same again.”

Previous creations from the team at Free League include Mutant: Year Zero, Coriolis – The Third Horizon, Tales from the Loop and Forbidden . “In 2017, we released Tales from the Loop the tabletop roleplaying game based on Stålenhag’s first art book. That game was an instant hit, selling out its two initial print runs and winning no less than five ENnies (including Best Game and Product of the Year) as well as three Golden Geek Awards (including Best RPG).

“Now, it’s time to return to the Loop and continue the story. In Things from the Flood you play Teens in the 1990s – a decade of change and disaster. You’re still balancing day to day life with solving exciting mysteries with your friends. But this is a darker time, and the stakes are higher.”

For more details on the unique and awesome sounding sequel role-playing game Things From The Flood, jump over to the official Kickstarter crowdfunding website by following the link below.