A Taiwan based company called Greendix has developed a solar Soccer ball, which uses a new a type of solar panel that can be custom shaped, and the Solar Soccer ball takes energy from the sun to power the built in motion detectors and audio components. 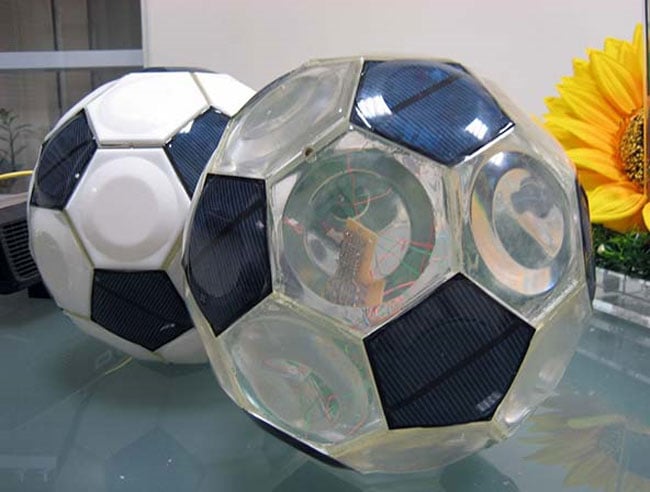 The panels on the Solar Football are as energy efficient as as normal rectangular solar panels, and could be used in a number of other applications as well as the solar football.