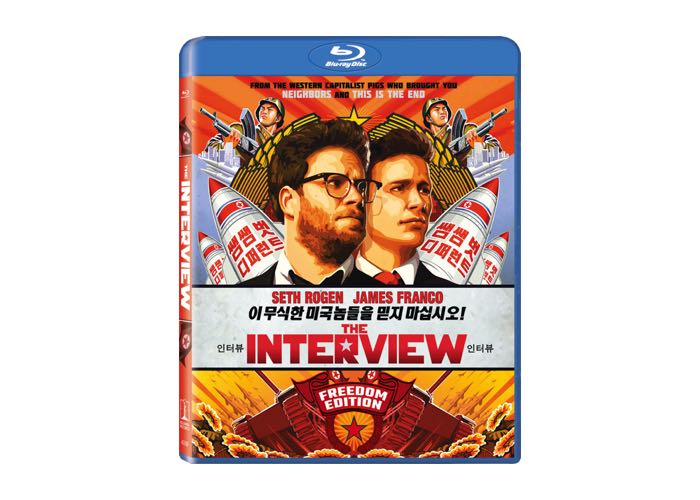 The release of The Interview was limited due to the threats against cinemas, the film was also released to rent online, and now it is headed to DVD and Blu-ray.

The Interview will launch on DVD and Blu-ray in the U.S. on the 17th of February, Sony are calling the released the ‘Freedom Edition’ of the Interview and it will come with extra content.

The “Freedom Edition” Blu-ray disc comes packed with 90 minutes of bonus feature content, including 14 deleted scenes, multiple behind-the-scenes featurettes, a seven-minute blooper reel that shows the outrageous gags and goofs from the set, as well as three “line-o-ramas” (where cast shot several alternate takes of jokes during filming). Also included on both Blu-ray and DVD are The Discovery Channel TV special “Naked and Afraid,” starring James Franco and Seth Rogen, as well as commentary by Seth Rogen and Evan Goldberg.

It looks like Sony will end up breaking even on the movie which cost the company $44 million to produce, they could even make a profit if DVD sales are good.