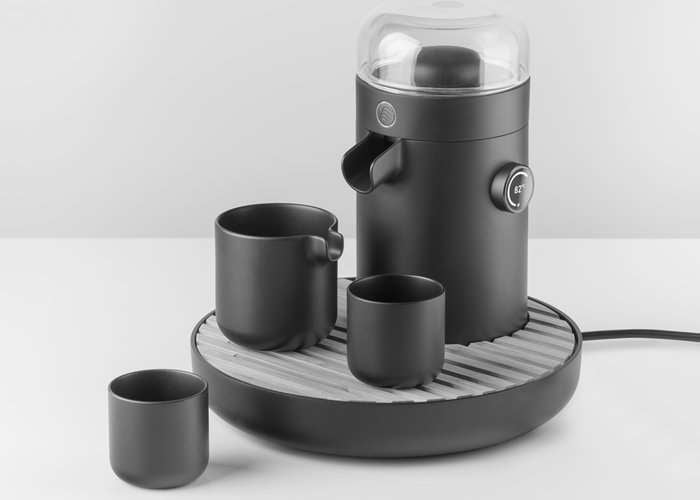 As expected and previously announced TEAMOSA the next generation tea brewing machine has now officially launched via the Kickstarter crowdfunding website, aiming to raise $100,000 over the next 45 days.

Available in two finishes offering either dark or light to suit your interior design as well as the ability to choose between paper tea capsules, or your own favourite loose tea leaves. Watch the video below to learn more about the TEAMOSA automated tea brewing machine.

Master the art of tea making and give your tea the respect it deserves. With TEAMOSA, you can customize the strength and flavor with every brew – ensuring each and every cup is crafted to perfection. Freely choose between our paper tea capsules, or your own favorite loose tea leaves.

Making tea is not difficult, but doing it right requires precision. Temperature and time matter. Why? It’s science, really.  TEAMOSA is the first tea brewing machine that combines the modern science and the art of traditional tea making.

TEAMOSA is now available to back via Kickstarter with early bird pledges starting from $239 and delivery expected to take place during September 2017. For full specifications and more information jump over to the official Kickstarter campaign page via the link below.