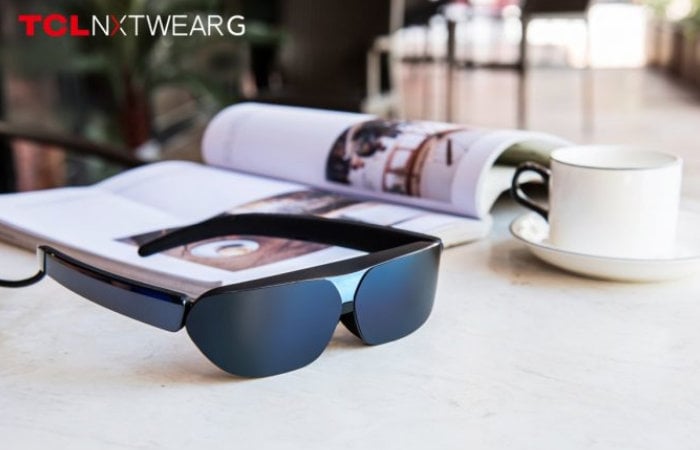 Next month TCL will be making available its new NXTWEAR G OLED wearable display which features dual-1080p screens, the Sony micro OLED displays offer a 1920 x 1080 pixel display and the frames of the wearable display are fitted with a number of sensors including accelerometer, gyroscope, compass, and proximity sensor. The wearable display was unveiled back in 2019 and supports “3D 4K content” and features integrated stereo speakers. 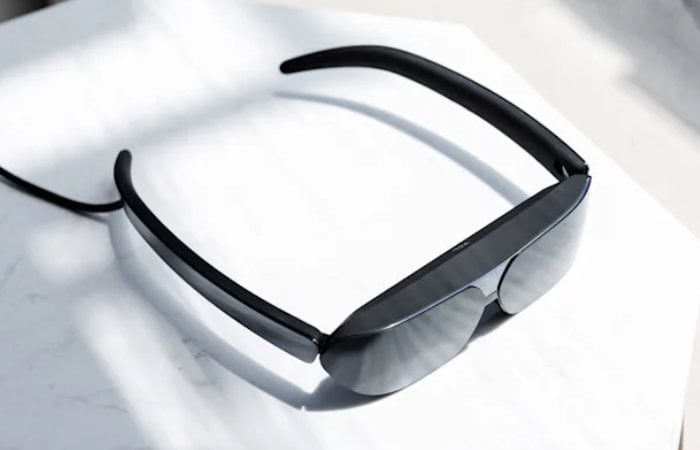 Weighing just 100 g on its own or 130 g when tethered to a PC the OLED wearable display can be powered by your phone or tablet and connects to devices using a USB-C cable. The display can be used with over 800 compatible devices from manufacturers such as Samsung, Huawei and OnePlus and supports operating system such as Windows and Chromebook laptops as well as Apple’s MacBooks and iPad Pro tablet. In the box TCL provides the wearable headset together with nose pads in three different sizes together with a lens adapter and when connected to your smart phone provides a desktop style view through the glasses transforming your phone into a trackpad style navigation system.

As well as the companies own devices including the TCL 20 Pro 5G phone which features a PC mode. Unfortunately, no information on pricing has been confirmed as yet by TCL for the NXTWEAR G wearable display, but as soon as information comes to light, we will keep you updated as always. In the meantime jump over to the websites below for more details, specifications and photographs.