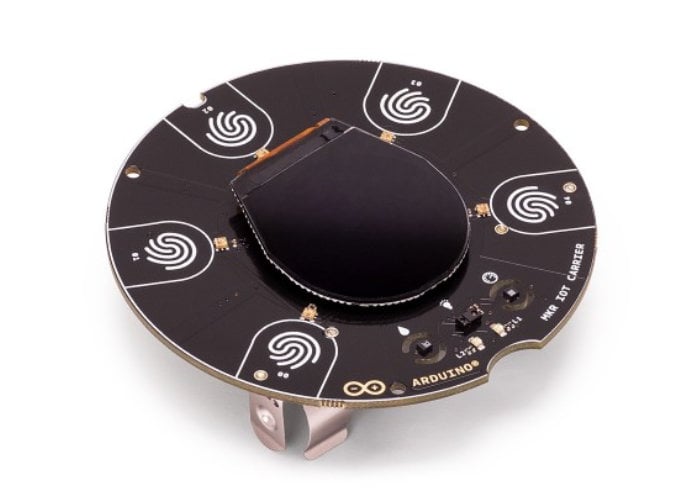 Today the official Arduino development team has announced the availability of the Arduino MKR IoT Carrier from its online store priced at €48. Equipped with a wide variety of sensors, circuits and featuring an integrated display, the MKR IoT Carrier has been created to enable developers, makers and hobbyists to focus on prototyping and programming your next IoT projects, rather than worrying about connecting sensors, wiring and more. Check out the quick overview video below to learn more about what you can expect from the The MKR IoT Carrier’s built-in sensors, circuits, and display.

– Open Programmable IoT Platform – build your own custom home or office automation devices. Control what you want, how you want to. The MKR IoT Carrier provides infinite possibilities for IoT projects. No soldering required! The integrated sensors, circuits and display leave you free to focus on programming and prototyping your ideas, rather than wiring and troubleshooting.

– Data Capture: Map the environment around the carrier using the integrated temperature, humidity, and pressure sensors and collect data about movement using the 6 axis IMU and light, gesture and proximity sensors. Easily add more external sensors to capture more data from more sources via the on-board Grove connectors (x3) Data Storage: Capture and store all the data locally on an SD card, or connect to the Arduino IoT Cloud* for real-time data capture, storage and visualisation.

– Total Control: Directly control small-voltage electronic appliances using the on-board relays and the five tactile buttons, with the integrated display providing a handy on-device interface for immediate control. Alternatively, connect to the Arduino IoT Cloud* to manage and control your device remotely on a smartphone via the Arduino Remote IoT app.

Features of the MKR IoT Carrier :