Remember in late January when we talked about the Doctor Who TARDIS Smart Safe? This thing is a small toy safe with a slot for the iPhone on the back. It has doors that open once the correct code is input and an app that runs on the iPhone. 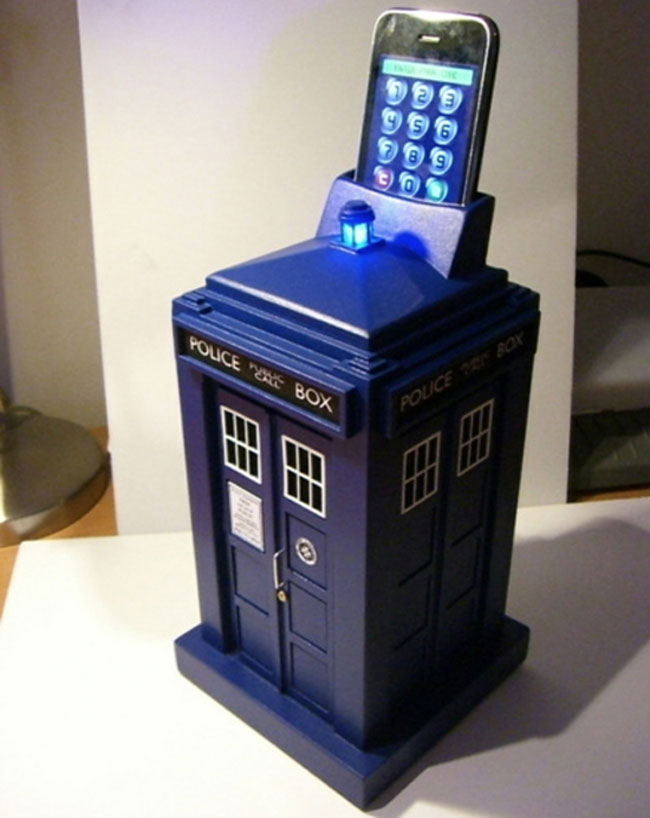 We first heard about the device it was tipped to only be coming to Dr. Who fans in the UK. As it turns out fans in the US can also get their hands on device at some point in July. You can pre-order the TARDIS Smart Safe right now for $49.99.

You can also pay an extra two dollars to get a special collectors version. This is the same exact toy, the company simply picks one in the best packaging available to ship to you. It doesn’t appear that the toy safe is large enough to actually hide anything worth money.