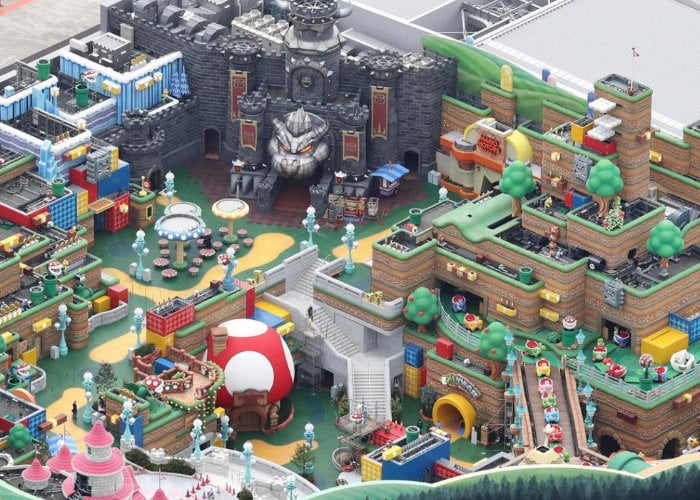 Even though the Super Nintendo World theme park at Universal Studios Japan was supposed to open earlier this year, work is still continuing even during the pandemic and the theme park is expected to open very soon. Check out the video below for a glimpse of what you can expect from the rides and layout of the park thanks to the above video, taken by The Mainichi last month. The Super Nintendo World theme park is now due to open its doors during the Spring months of 2021.

“A photo published by The Sankei News last month shows that things are pretty much finished, at least externally. Guests enter the park through the area in the bottom left of the photo (Peach’s castle, visible more clearly in another photo), and will find themselves standing in a space that takes in some of the most iconic Mario locations imaginable, from Toad Houses to general platforming stages to an ice level. There are coin blocks everywhere—for a reason—and the rear of the park is dominated by the Mario Kart ride, and an enormous rendering of Bowser’s Castle, complete with N64-style polygonal styling.”