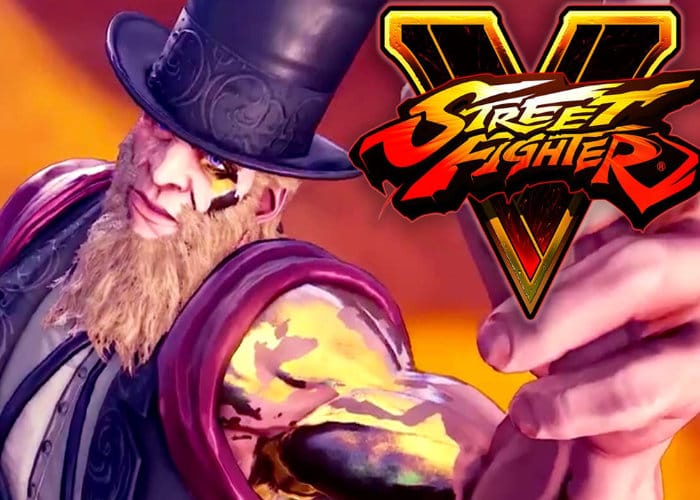 Street Fighter V players are sure to enjoy this new teaser trailer for the latest addition to the ever-growing range of playable characters within the Street Fighter V Arcade Edition. Which is now available to purchase and includes all base content from the original Street Fighter® V release, Arcade Mode, and all 12 DLC characters from Season 1 and 2.

“G, the Man of Mystery, bursts in to Street Fighter V: Arcade Edition on August 6! Drawing energy from the Earth to strengthen his powers, G will unite the people as one. G is available individually for MSRP $5.99 or 100,000 Fight Money OR as part of the Season 3 Character Pass for MSRP $29.99, which also unlocks Sakura, Blanka, Falke, Cody, and Sagat.”

“Show your support for the Capcom Pro Tour with the Capcom Pro Tour 2018 Premier Package.Includes the following content: Sakura CPT 2018 Costume, Akuma CPT 2018 Costume, PS4-exclusive EX colors for 34 characters (all sixteen launch characters and 18 Season 1, Season 2, and Season 3 DLC characters), two CPT 2018 Fighter Profile themes, five special in-game titles, and a bonus of 5,000 Fight Money. This package also includes Birdie’s CPT 2018 Champion’s Choice costume, a new Capcom Pro Tour eSports stage, and special targets to be revealed at a later date. This special content will only be available for a limited time, so be sure to grab it before it’s gone.”