A new smartphone charger has been developed called the StoreDot charger that will go in to production in 2016 and will be capable of charging your smartphone in around 30 seconds. See it in action in the video below.

When this amazing StoreDot charger technology does arrive it’s sure to revolutionise the way we use our devices as currently we need to wait a few hours at least to charge our smartphones from flat. 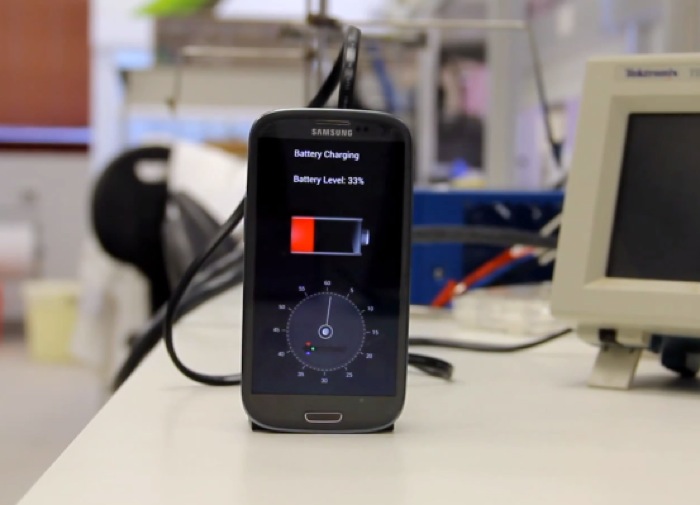 The new StoreDot charger is fitted with nanotechnology and has been created by Israeli technology company of the same name. The StoreDot charger concept and prototype charging unit, designed to be used with the Samsung Galaxy S4, was demonstrated for the first time at Microsoft’s Think Next conference in Tel Aviv, Israel, today. StoreDot’s CEO Dr. Doron Myersdorf explains a little more:

“In essence, what we have developed is a new generation of an electrode with new materials – we call it MFE – Multi Function Electrode. One side acts like a Supercapacitor (very fast charging), and the other is like a Lithium electrode (slow discharge).

The electrolyte is modified as well with our nanodots in order to allow for the multifunction electrode to be effective. Although not quite there yet, we are aiming for the same capacity as a Li=ion battery (2000mAh). Self-discharge is similar to Li-ion as well. We anticipate to reach this goal in one year. Mass production in planned for late 2016.”