Post its. Post its and their adhesive cousins. Both are incredibly tiresome the way they clutter available surfaces to remind us of dreadful things. Dreadful things like buy milk or feed the pet snail. Anyway, if Post its and similar papers that are used to convey short messages aren’t that useful (i.e. they’re ignored) then a more illuminating alternative might be necessary. 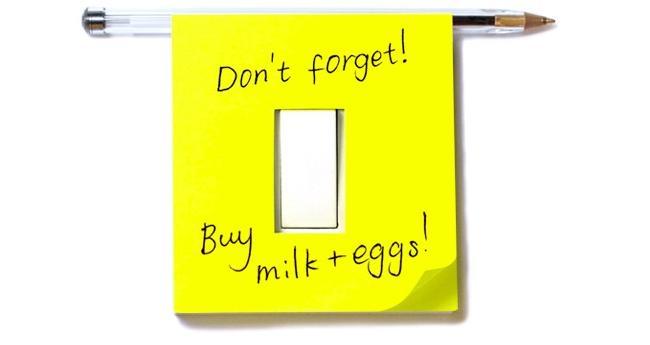 Lo and behold, such an illuminating alternative has arrived. So as not to infringe on brand and copyright, seen above are sticky notes from Suck UK. (Lovely name for a company.)

What makes them special? See, sticky notes have shapes cut in the middle of ’em. This means they can be stuck on light switches with a message written (of course) so when someone switches off the light, they get the message. This of course rests on the assumption that everyone reaches out for light switches. Quite an interesting idea there: between light switches and door knobs, which are we in contact with the most often? Hm.

Of course, whether sticky notes will work remains to be seem. The problem with Post its and its ilk is sometimes the paper is so small, necessitating equally small handwriting that’s hardly readable, thus it’s best to just crumple the paper and throw it away.

If Suck UK’s sticky notes appeals to you, a bunch of them costs $12.