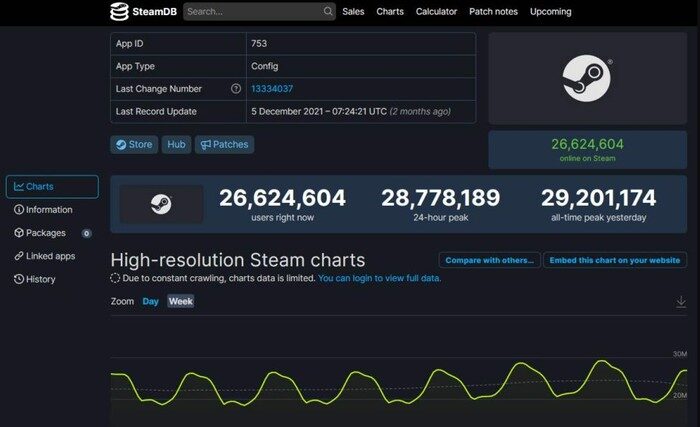 “Groundhog Day has come early it seems. It’s not even the end of January and we’re once again reporting on Steam breaking its record for concurrent users.

Steam started the year with nearly 28 million simultaneous online users, a record that stood for only a week before that number rose to 28.2 million. Two weeks later, Steam has just added another million to its concurrent user record with 29,201,174 users at 9 am ET (according to SteamDB).

Valve’s own CS:GO and Dota 2 are at the forefront of Steam’s latest record-breaking number, with over 900,000 on CS:GO and 787,000 in Dota 2 in the past 24 hours. PUBG: Battlegrounds, the battle royale game formerly known as Player Unknown’s Battlegrounds, clocked in with over 600,000 players, while Yu-Gi-Oh! Master Duel has arrived with 262,000 concurrent players in the past day.

It’s become fairly common for Steam to break its concurrent user record over the holiday period, but we’re already well into 2022 and Steam is still breaking records. We can likely blame the ongoing pandemic and perhaps a few late Christmas presents for another million users on Steam’s servers at the same time.”