More news from the popular music streaming service Spotify this week, earlier we heard about Spotify’s new Apps platform and now Spotify has confirmed that the company is working on a dedicated iPad App.

MD of Spotify UK, Chris Maples, has confirmed to Pocket Lint that the company is working on Spotify for the iPad, and the app is apparently a priority for the company. 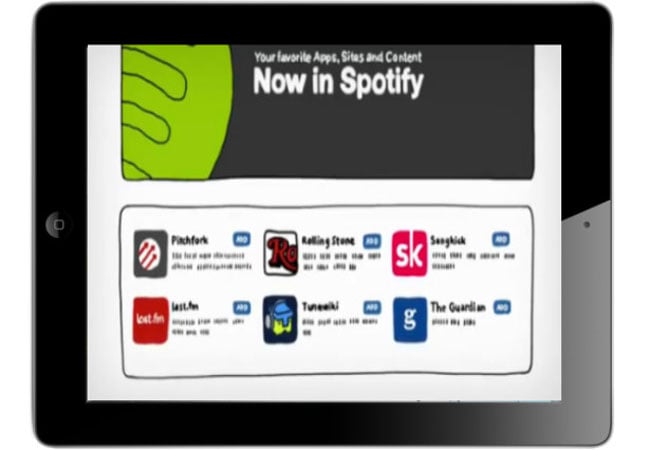 There are no details a yet on when the Spotify iPad app will launch and what features it will have, as soon as we get some more information we will let you guys know.