Earlier in the week we saw a leaked photo of Sony’s latest eReader, its now official an is called the Sony Reader PRS-T1 and according to Sony it is the worlds lightest eReader.

The Sony Reader PRS-T1 features a 6 inch touchscreen display and it is just 8.9mm thin and weighs in at just 168 grams, and it comes with a range of new features including the ability to borrow eBooks from public libraries over WiFi. 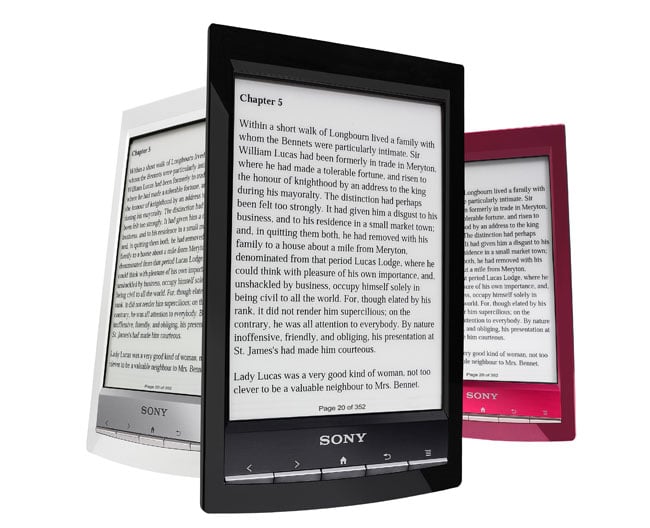 The display features a 600 x 800 pixel resolution, and it comes with built in WiFi and 1.3GB of built in storage, plus a microSD card slot which can take up to 32GB microSD cards.

The Sony Reader PRS-T1 will go on sale in Europe on October, there are no details on pricing as yet.