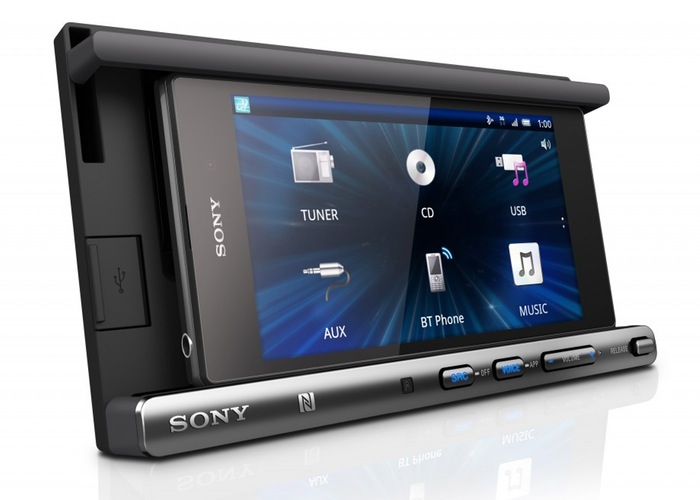 Sony claims their new XSP-N1BT in-car entertainment system is the very first ever smartphone cradle receiver and once installed your smartphone can easily be held in place.

The Sony XSP-N1BT in-car smartphone cradle receiver ism priced at $250 and will start shipping during May 2014.